Senescent Cells – Cells To Die For 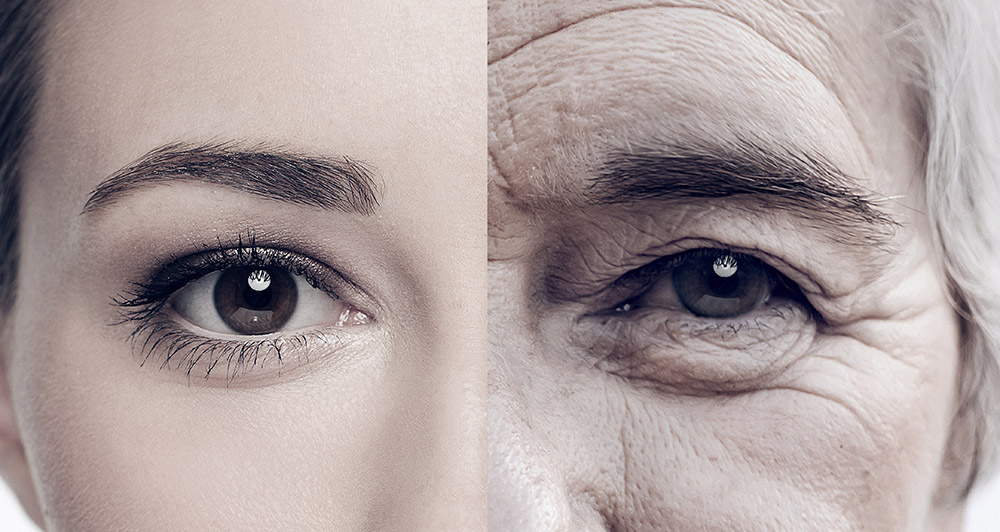 We’re all disturbed by aging. Cell ability to divide replenishes different tissues in living organisms so we could stay healthy and strong. Unfortunately, cells in our body have their natural end. They replicate, develop, live out their lives, and once they loose their replication ability, die.

Part of the cells, at the end of their life cycle, instead of dying, undergo growth and function retardation. They act like zombies running around our system, damaging other cells, causing chronic diseases, frailty and cancer. This phenomenon is called senescence. It has been of immense interest among researchers ever since its discovery. Senescence is triggered by DNA damage, external stimuli, and natural end of replication capacity – shortening of the telomeres. 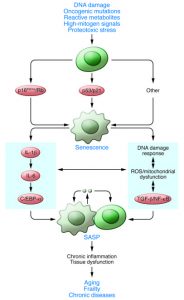 Senescence is portrayed by substantial changes in the cell architecture and function. The gene and chromatin modifications give rise to SASP (senescence associated secretory phenotype). Affected cells secrete proteins that promote inflammation and senescence of neighboring cells in the body. It’s not invariably a bad thing. In distinct conditions, SASP evokes processes of repair in tissues and the healing of our wounds. Conversely, as a cumulative, long term event, it has been linked to age-related diseases and cancer. Many scientists argue that senescent cells build up is actually synonym for aging and ultimately death.

Another study, carried out by a team led by Lorna Harries, Professor of Molecular Genetics at the University of Exeter found that it’s possible to reverse senescence. The team tested a class of chemicals known as resveratrol analogues. These chemicals can be found in red wines, dark chocolate and blueberries. They can turn on the splicing factors in cells that regulate cell division and  switch off in senescent cells. Consequently, cell makes decision whether to die or re-start, assisting tissue regeneration.

The research on senescent cells is widespread and keeps advancing. We are observing some factors suggesting that the hallmarks of aging may be stopped and even reversed. We aren’t yet at the stage where we can produce anti-aging treatment, but we’re coming closer. The fountain of youth just became more plausible. Many companies work intensively on development of small molecules that might counter aging.  After all as Arthur C. Clarke said: “Magic’s just science that we don’t understand yet.”